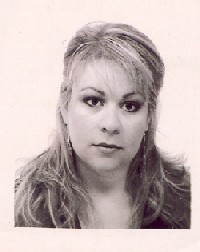 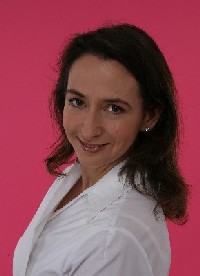 During a press conference organised today within the French Treasury Ministry offices, the French Treasury Minister; Eric Woerth, made the official public release, in front of his colleagues Michèle Alliot-Marie (French Home Office Minister), Christine Albanel (French Culture Minister) and Bernard Laporte (French Sports Secretary), of the long-awaited draft bill related to the opening of the online gambling market, based on the recommendations of the report released in 2008 by Bruno Durieux.

After a quick remainder on the importance of the introduction of fair trading and competition on the online gambling market, in order to meet the expectations of a lot of French citizens, but also to ensure more effective protection of public order rules and minors, the Minister has detailed the scope of this draft bill, focused on a single concept: a controlled opening.

A real opening, but under control

Bets shall be limited to the results of real sports competitions and horse races (to the exclusion of virtual events). Sports federation will be consulted to determine the categories and type of bets which will be legalized.

The opening will be controlled, first, by excluding from its scope all games of chance, as well as other games provoking strong addictions.

Indeed, various provisions aiming at preventing gambling addiction are included in the draft bill, such as the set up of a cap on the return rate on bets, to be specified by a decree, but which should be between 80% and 85%. Moreover, spread betting is excluded from the scope of the opening.

An independent regulation authority will be created, and will be entitled to grant free licences for renewable five-year periods. The number of licenses to be granted will not be limited. The authority shall also be responsible for the creation of the licence specifications, detailing the terms of use of said licence.

These specifications shall for example specify that operators may operate from any country, except from a tax heaven. Operators will also be compelled to appoint moderators and to be affiliated to an accredited entity aiming at preventing gambling addiction. Users will be compelled to have a bank account in France.

Lastly, this regulation authority will be responsible, and will be granted the necessary tools and resources, to enforce these specifications and the legal framework in general.

THE HUNT FOR ILLEGAL GAMBLING WEBSITES

The draft bill confirms the government’s will to hunt illegal gambling and betting websites. Thus, pursuant to the new bill, the latter will, inter alia, not be allowed to carry out sponsoring, their financial transactions could be locked, the operation of their websites could be hindered and they will not be allowed to advertise (breach of such ban may be punished with an fine equal to four times the amount of the advertising expenses at stake).

Concerning online gambling taxation, operators will be taxed on the stakes up to 7.5 % for horse races and sports betting and up to 2 % for poker. The fiscal income collected will partly finance the prevention of gambling addiction and will also contribute to the financing of sport industry. Non-professional sports (1 % for the National Centre for Sports’ Development) and horses channel in particular (8 %) will profit from this new fiscal jackpot.

The rest of the sport industry will also benefit from incomes resulting from commercial agreements sealed with licensed operators, sponsoring agreements in particular.

Culture will not be left out; the Center of National Monuments will perceive part of the tax income on poker (up to15 %).

But this press conference also held a few surprises. Thus, the draft bill will grant property rights to event organisers on their events. Consequently, betting on such events will be conditioned by the execution of an agreement between the operator and the organiser, ensuring the latter additional revenues.

This measure is unique in Europe and raises a few questions relating to its implementation, in particular for European or international competitions.

Moreover, a few issues have been insufficiently detailed by the Minister. Among the most important ones, M. Woerth has confirmed that France will not recognize licences delivered by other Member States. One may question, however, French Authorities’ ability to prevent gambling on websites that have been declared legal in other Member States but considered as illegal in France.

Concerning this matter, M. Woerth has stated that this bill has not been submitted to the European Union yet, although the latter had made it clear that it hoped for the mutual recognition of licences granted by Member States.

The bill will be submitted to the French Ministers’ Council at the beginning of April 2009 in order to be passed and signed into law by the French Parliament before the summer 2009. In fact, there is still a lot to accomplish in order to ensure the opening on January 1st, 2010…

With French online gambling market’s opening, almost all European Union will be opened to online gambling. In the regard, it is interesting to note that the U.S. are about to follow the same path by repealing a 2006 law, relic from the Bush Administration, preventing foreign gambling and betting companies from offering their services on the U.S. territory.

Ichay & Mullenex Avocats is a French law firm focusing on all legal issues related to the new technologies in France and abroad. They are considered experts in intellectual property and Internet law, e-commerce, online gaming, data protection. Ichay & Mullenex Avocats also assists its clients on all issues related to financing, mergers & acquisitions, restructuring, etc. and advises them on their litigation and arbitration procedures.