The importance of encryption and how AWS can help

Encryption is a critical component of a defense-in-depth strategy, which is a security approach with a series of defensive mechanisms designed. It means if one security mechanism fails, there’s at least one more still operating. As more organizations look to operate faster and at scale, they need ways to meet critical compliance requirements and improve data security. Encryption, when used correctly, can provide an additional layer of protection above basic access control. 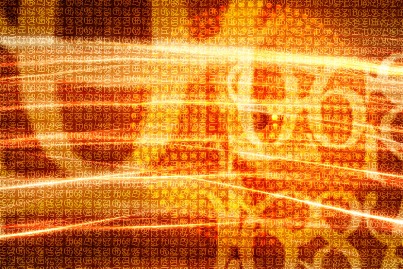 How and why does encryption work?

Encryption works by using an algorithm with a key to convert data into unreadable data (ciphertext) that can only become readable again with the right key. For example, a simple phrase like “Hello World!” may look like “1c28df2b595b4e30b7b07500963dc7c” when encrypted. There are several different types of encryption algorithms, all using different types of keys. A strong encryption algorithm relies on mathematical properties to produce ciphertext that can’t be decrypted using any practically available amount of computing power without also having the necessary key. Therefore, protecting and managing the keys becomes a critical part of any encryption solution.

Encryption as part of your security strategy

An effective security strategy begins with stringent access control and continuous work to define the least privilege necessary for persons or systems accessing data. AWS requires that you manage your own access control policies, and also supports defense in depth to achieve the best possible data protection.

Encryption is a critical component of a defense-in-depth strategy because it can mitigate weaknesses in your primary access control mechanism. What if an access control mechanism fails and allows access to the raw data on disk or traveling along a network link? If the data is encrypted using a strong key, as long as the decryption key is not on the same system as your data, it is computationally infeasible for an attacker to decrypt your data. To show how infeasible it is, let’s consider the Advanced Encryption Standard (AES) with 256-bit keys (AES-256). It’s the strongest industry-adopted and government-approved algorithm for encrypting data. AES-256 is the technology we use to encrypt data in AWS, including Amazon Simple Storage Service (S3) server-side encryption. It would take at least a trillion years to break using current computing technology. Current research suggests that even the future availability of quantum-based computing won’t sufficiently reduce the time it would take to break AES encryption.

But what if you mistakenly create overly permissive access policies on your data? A well-designed encryption and key management system can also prevent this from becoming an issue, because it separates access to the decryption key from access to your data.

Requirements for an encryption solution

To get the most from an encryption solution, you need to think about two things: 1. Protecting keys at rest: Are the systems using encryption keys secured so the keys can never be used outside the system? In addition, do these systems implement encryption algorithms correctly to produce strong ciphertexts that cannot be decrypted without access to the right keys? 2. Independent key management: Is the authorization to use encryption independent from how access to the underlying data is controlled? There are third-party solutions that you can bring to AWS to meet these requirements. However, these systems can be difficult and expensive to operate at scale. AWS offers a range of options to simplify encryption and key management.

When you use third-party key management solutions, it can be difficult to gauge the risk of your plaintext keys leaking and being used outside the solution. The keys have to be stored somewhere, and you can’t always know or audit all the ways those storage systems are secured from unauthorized access. The combination of technical complexity and the necessity of making the encryption usable without degrading performance or availability means that choosing and operating a key management solution can present difficult tradeoffs. The best practice to maximize key security is using a hardware security module (HSM). This is a specialized computing device that has several security controls built into it to prevent encryption keys from leaving the device in a way that could allow an adversary to access and use those keys.

One such control in modern HSMs is tamper response, in which the device detects physical or logical attempts to access plaintext keys without authorization, and destroys the keys before the attack succeeds. Because you can’t install and operate your own hardware in AWS datacenters, AWS offers two services using HSMs with tamper response to protect customers’ keys: AWS Key Management Service (KMS), which manages a fleet of HSMs on the customer’s behalf, and AWS CloudHSM, which gives customers the ability to manage their own HSMs. Each service can create keys on your behalf, or you can import keys from your on-premises systems to be used by each service. The keys in AWS KMS or AWS CloudHSM can be used to encrypt data directly, or to protect other keys that are distributed to applications that directly encrypt data. The technique of encrypting encryption keys is called envelope encryption, and it enables encryption and decryption to happen on the computer where the plaintext customer data exists, rather than sending the data to the HSM each time. For very large data sets (e.g., a database), it’s not practical to move gigabytes of data between the data set and the HSM for every read/write operation. Instead, envelope encryption allows a data encryption key to be distributed to the application when it’s needed. The “master” keys in the HSM are used to encrypt a copy of the data key so the application can store the encrypted key alongside the data encrypted under that key. Once the application encrypts the data, the plaintext copy of data key can be deleted from its memory. The only way for the data to be decrypted is if the encrypted data key, which is only a few hundred bytes in size, is sent back to the HSM and decrypted.

The process of envelope encryption is used in all AWS services in which data is encrypted on a customer’s behalf (which is known as server-side encryption) to minimize performance degradation. If you want to encrypt data in your own applications (client-side encryption), you’re encouraged to use envelope encryption with AWS KMS or AWS CloudHSM. Both services offer client libraries and SDKs to add encryption functionality to their application code and use the cryptographic functionality of each service. The AWS Encryption SDK is an example of a tool that can be used anywhere, not just in applications running in AWS.

Because implementing encryption algorithms and HSMs is critical to get right, all vendors of HSMs should have their products validated by a trusted third party. HSMs in both AWS KMS and AWS CloudHSM are validated under the National Institute of Standards and Technology’s FIPS 140-2 program, the standard for evaluating cryptographic modules. This validates the secure design and implementation of cryptographic modules, including functions related to ports and interfaces, authentication mechanisms, physical security and tamper response, operational environments, cryptographic key management, and electromagnetic interference/electromagnetic compatibility (EMI/EMC). Encryption using a FIPS 140-2 validated cryptographic module is often a requirement for other security-related compliance schemes like FedRamp and HIPAA-HITECH in the U.S., or the international payment card industry standard (PCI-DSS).

While AWS KMS and AWS CloudHSM can protect plaintext master keys on your behalf, you are still responsible for managing access controls to determine who can cause which encryption keys to be used under which conditions. One advantage of using AWS KMS is that the policy language you use to define access controls on keys is the same one you use to define access to all other AWS resources. Note that the language is the same, not the actual authorization controls. You need a mechanism for managing access to keys that is different from the one you use for managing access to your data. AWS KMS provides that mechanism by allowing you to assign one set of administrators who can only manage keys and a different set of administrators who can only manage access to the underlying encrypted data. Configuring your key management process in this way helps provide separation of duties you need to avoid accidentally escalating privilege to decrypt data to unauthorized users. For even further separation of control, AWS CloudHSM offers an independent policy mechanism to define access to keys. Even with the ability to separate key management from data management, you can still verify that you have configured access to encryption keys correctly. AWS KMS is integrated with AWS CloudTrail so you can audit who used which keys, for which resources, and when. This provides granular vision into your encryption management processes, which is typically much more in-depth than on-premises audit mechanisms. Audit events from AWS CloudHSM can be sent to Amazon CloudWatch, the AWS service for monitoring and alarming third-party solutions you operate in AWS.

Encrypting data at rest and in motion

All AWS services that handle customer data encrypt data in motion and provide options to encrypt data at rest. All AWS services that offer encryption at rest using AWS KMS or AWS CloudHSM use AES-256. None of these services store plaintext encryption keys at rest – that’s a function that only AWS KMS and AWS CloudHSM may perform using their FIPS 140-2 validated HSMs. This architecture helps minimize the unauthorized use of keys.

When encrypting data in motion, AWS services use the Transport Layer Security (TLS) protocol to provide encryption between your application and the AWS service. Most commercial solutions use an open source project called OpenSSL for their TLS needs. OpenSSL has roughly 500,000 lines of code with at least 70,000 of those implementing TLS. The code base is large, complex, and difficult to audit. Moreover, when OpenSSL has bugs, the global developer community is challenged to not only fix and test the changes, but also to ensure that the resulting fixes themselves do not introduce new flaws. AWS’s response to challenges with the TLS implementation in OpenSSL was to develop our own implementation of TLS, known as s2n, or signal to noise. We released s2n in June 2015, which we designed to be small and fast. The goal of s2n is to provide you with network encryption that is easier to understand and that is fully auditable. We released and licensed it under the Apache 2.0 license and hosted it on GitHub.

We also designed s2n to be analyzed using automated reasoning to test for safety and correctness using mathematical logic. Through this process, known as formal methods, we verify the correctness of the s2n code base every time we change the code. We also automated these mathematical proofs, which we regularly re-run to ensure the desired security properties are unchanged with new releases of the code. Automated mathematical proofs of correctness are an emerging trend in the security industry, and AWS uses this approach for a wide variety of our mission-critical software.

At AWS, security is our top priority and we aim to make it as easy as possible for you to use encryption to protect your data above and beyond basic access control. By building and supporting encryption tools that work both on and off the cloud, we help you secure your data and ensure compliance across your entire environment. We put security at the center of everything we do to make sure that you can protect your data using best-of-breed security technology in a cost-effective way.