it was revealed that Facebook had suffered an attack on its computer network that led to the exposure of information from nearly 50 million of its users. The company discovered the breach earlier this week, finding that attackers had exploited a feature in Facebook’s code that allowed them to take over user accounts. Below thoughts from Sophos Principal Research Scientist, Chester Wisniewski: 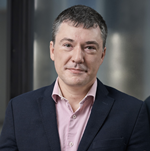 “In something as big and complicated as Facebook, there are bound to be bugs. The theft of these authorization tokens is certainly a problem, but not nearly as big of a risk to user’s privacy as other data breaches we have heard about or even Cambridge Analytica for that matter. As with any social media platform, users should assume their information may be made public, through hacking or simply through accidental oversharing. This is why sensitive information should never be shared through these platforms. For now, logging out and back in is all that is necessary. The truly concerned should use this as a reminder and an opportunity to review all of their security and privacy settings on Facebook and all other social media platforms they share personal information with.”