By validating almost all surveillance measures provided in the Surveillance Law adopted on 25 June, the French Constitutional Council legalises mass surveillance and endorses a historical decline in fundamental rights. Algorithmic black boxes have been approved. Only international surveillance has been deemed to be non compliant to the Constitution. 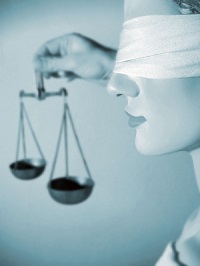 Scope, black boxes, elimination of judicial oversight, no protection of attorney-client privilege and other protected professions, as well as the confidentiality of journalists’ sources, absence of transparency with respect to the abuses found: almost all of the provisions of the Surveillance law are declared to be constitutional. Only international surveillance is censored, which paradoxically may strengthen the intelligence services in their practices without any legal basis.

This decision is extremely disappointing. The judges of the Constitutional Council decided to summarily dismiss the numerous arguments raised in the dozen briefs submitted to the Constitutional Council by many players in the defence of fundamental rights. It has been endorsed whereas today, the United Nations Human Rights Committee issued a report roundly condemning this dangerous law.

Bucking the trend across Europe, where a number of jurisdictions have come out strongly against mass surveillance, the French Constitutional Council has disavowed its role as protector of fundamental rights and liberties. By refusing to implement effective control over the intelligence services, it is rubber-stamping a historic step back for privacy and freedom of communication, thus undermining the very foundations of democracy.

This evening the reason of state was brutally imposed over the rule of law.

However, we will continue the fight against this wicked law and all those which will follow wherever we can, especially before the European institutions and jurisdictions. And since France has come to this point, we will help citizens to protect themselves against the surveillance of their own government.