May 2022 by Adrien Le Sech, CTI - CERT analyst at Synetis

In July 2017, the International Olympic Committee officially selected Paris as the 2024 Olympic Games organizer. As a modern international event, the digital activities of the Olympic Games will greatly contribute to the success of the event; cybersecurity is a core component of this success. Several technology companies, among them French and non-European ones, officially sponsor the event. 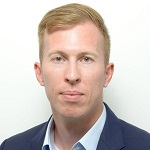 Some of the French authorities’ priorities in cyberspace will likely include the monitoring of foreign technological companies’ activities to guarantee their compliance to the European Union General Data Protection Regulation (GDPR) law and the successful neutralization of external threats coming from various type of actors with distinct motives.

As an Olympic Game Worldwide partner from 2020 until 2028, Alibaba Group has been a major Olympic Games sponsor in both the 2020 Tokyo Olympics and 2022 Beijing Olympics. Some of the technologies provided by the company include digitalization efforts for official broadcasting organizations, e-commerce hosting, and application services to the Olympic Games’ staff. Daniel Le Coguic, Atos Senior Vice-President, stated in late 2021 that all critical applications of the Paris 2024 Olympic Games should be hosted on Alibaba’s cloud solutions; ANSSI Director General has already stated that the Alibaba situation was complex.

Few details are available on the type of data that will be processed by the critical applications of the event. However, French authorities’ main concerns seem to be on the data of French security services (police, Ministry of the Interior staff and other government related employees). If ties between Alibaba and the Chinese regime do exist, the successful access and processing of this data would provide valuable information to the Chinese government that can be leveraged in the future. As a Worldwide partner selected by the International Olympic Committee, the Chinese company will have an active role in the Paris 2024 Olympic Games despite the divergence of interests between the French State and the Chinese government.

The Alibaba cloud solution has several internationally known certifications, which show that the Chinese company does care about security & data privacy issues. One of the French authorities’ missions will be, then, to verify the implementation of these security norms during the deployment of Alibaba’s technological solutions at the Olympic Games. French authorities must try to enforce Alibaba’s compliance to its privacy requirements through several means. At the technical level through data access, administration rights, and infrastructure deployment controls; however, technical efforts seem to be a complex endeavor. At the diplomatic level, France can voice its concerns to the Olympic Committee and starts a negotiation process with the different stakeholders. At the administrative level, data processing and other privacy agreements can be drafted to establish specific rules to follow during the event.

CYBER ATTACKS ON THE RISE DURING THE OLYMPICS

In broad terms, the quantity and the type of cyberattacks that France will have to face during the 2024 Olympic Games are other security components already being addressed by official technology providers. The security team of the French Organizational Committee went to Japan during the 2020 Tokyo Olympics to learn from the security issues that hosts face during the event. Daniel Le Coguic, Atos Senior Vice-President, stated that Tokyo Olympic Games cyber infrastructures “faced over 4,4 billion security incidents” while the 2016 Rio Olympics addressed over 510 million security incidents. To support the cybersecurity efforts of the event, the Paris 2024 Organizing Committee has selected the American company Cisco to provide several key solutions including networking infrastructure, cybersecurity technologies and video conferencing solutions.

The quantity of cyber incidents strongly increases from one event to the other and the attackers’ modus operandi evolves through time. Cybersecurity providers will need to anticipate the intent and capabilities of future cyber threats while developing technologies able to withstand the quantity and the variety of the attacks on the event’s networks. As a major international event, the Paris 2024 Olympic Games will face a variety of threat actors including hacktivists, cybercriminals and State-sponsored groups. As a reminder, malicious attacks include reputational damage, financial gain, sabotage, denial of service, data theft & corruption and espionage operations.

A LACK OF EUROPEAN CAPABILITIES

The 2024 Paris Olympic Games also reveals the lack of European technological companies involved in the organization of the event. From the official list of the 2024 Paris Olympic Games sponsors, eleven are technology related including three Asian, six American and two French companies. Non-European tech companies comply to their home countries’ regulations - and sometimes defend the interests of their government. These political and ideological differences raise several concerns related to data privacy, data resell, data access and data analysis.

However, European Union bodies made digital sovereignty one of the key objectives of their 2030 Digital Strategy. Even though objectives have been defined, recent decisions taken by the European Commission and EU high representatives show a double standard between the predefined goals and taken decisions. A European digital sovereignty will be reached thanks to clear decisions coherent with the defined objectives.

The control of data is a key component of the modern world. Access to data allows one to analyze a wide variety of objects like events, individuals or organizations - and use these studies to reach economic, political or diplomatic objectives - among others. Past affairs like the Snowden revelations, Cambridge Analytica or the Pegasus spyware have revealed that the European Union is vulnerable to this kind of issues. The 2024 Paris Olympic Games is an international event where major actors will be active in cyberspace to promote and defend their interests.