Founded in 1996 Fijan now has over 150 employees. This specialist in secure web recently released a new version of its appliance range. Met during our study tour in Israel, Ophir Shalitin, Marketing Director of Finjan reports on the evolution of its business. For him, the current crisis has the effect of reinforcing the need for security companies. 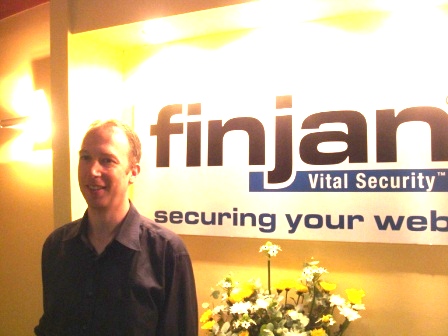 Ophir Shalitin: In 2009, despite the crisis Finjan is doing pretty well. We currently have approximately 150 employees who work primarily in Israel, United States, Europe and more generally in all regions of mondeoù we have clients. We recently released version 9.2 of our appliance all-in-one that incorporates new features including all managed centrally. We win more and more popular with large accounts.

GS Mag: What is the impact of the crisis on your business?

Ophir Shalitin: since the beginning of this crisis, we see that our clients wish to have more features for a price équivallent with older versions. Thus, security budgets do not appear to be directly affected by the crisis. It is true that laws are being strengthened in all countries of the world, growing businesses to equip themselves with ever more effective solutions. Besides the number of attacks is increasing at an exponential rate.

Ophir Shalitin: The advent of new technologies or new modes of communication such as Web 2.0, social networks, Twitter .... Bring lots of their threats. Thus, our laboratory research on malware produces real-time reports on new vulnerabilities, new attacks ... According to our information, it appears that 75% to 90% of web pages that have been subjected to malicious actions (rootkits , Trojans, spyware ...) are legitimate web pages that have been hacked. Faced with these attacks, everyone recognizes today as technology-based signatures are insufficient. It is clear that hackers are motivated by profit. They have developed techniques to spread more and faster to build networks of zombie machines ever more numerous. They work in parallel to attack the targeted companies in order to steal sensitive information.

Faced with these threats companies must be ever more productive, while Minisanté their "business risks" in particular the information leak. At the same time, they also have needs for cost reduction and environmental protection. 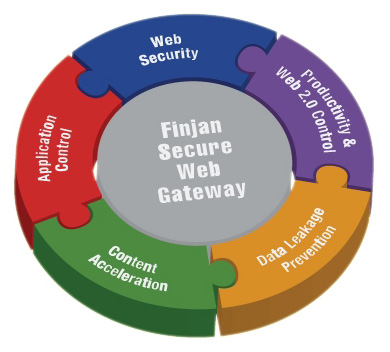 GS Mag: How is Finjan’s response?

Ophir Shalitin: We have launched this year’s version 9.2 of our range of appliance to address the large SME with NG 5100, and especially the big accounts with the NG in 8100 proposed in the form of Blade. This range all-in-one offers functions of securing Web applications, an accelerator of content, control of Web2.0 which also improves the productivity of staff and functions of DLP. One of these strengths is that it has a centralized management console that simplifies the task of administrators. It is thus possible to build its security policy by user groups but also according to each user. It also offers the possibility to edit various types of reports depending on the types of readers likely to need. It is of course scalable to monitor the growing needs of our customers.

GS Mag: What are your plans for this year end?

Ophir Shalitin: We launched in the month of July Secure Tweets (www.finjan.com / securetweets) is a free tool to check the site on Twitter. This tool can be installed on Firefox or Internet Explorer. We launched our blog where you can find comments on the new threats and vulnerabilities.

GS Mag: How is France Finjan?

Ophir Shalitin: We noted in 2009 improved our sales in France. We note that this market is increasingly interested in our solutions. We believe it holds great potential. It is true that the activities of our representative in France Yves Tennenbaum is also for many.