An analysis conducted by IBM Security found over 60 percent of leading dating mobile apps they studied to be potentially vulnerable to a variety of cyber-attacks that put personal user information and corporate data at risk. 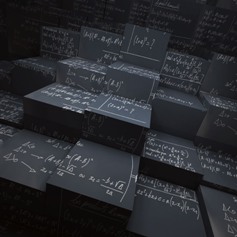 The IBM study reveals that many of these dating applications have access to additional features on mobile devices such as the camera, microphone, storage, GPS location and mobile wallet billing information, which in combination with the vulnerabilities may make them exploitable to hackers. IBM also found that nearly 50 percent of organizations analyzed have at least one of these popular dating apps installed on mobile devices used to access business information.

In today’s connected culture, dating apps are a common and convenient way for singles of all ages to meet new love interests. In fact, a Pew Research study revealed one in 10 Americans, or roughly 31 million people, have used a dating site or app and the number of people who dated someone they met online grew to 66 percent.

“Many consumers use and trust their mobile phones for a variety of applications. It is this trust that gives hackers the opportunity to exploit vulnerabilities like the ones we found in these dating apps,” said Caleb Barlow, Vice President, IBM Security. “Consumers need to be careful not to reveal too much personal information on these sites as they look to build a relationship. Our research demonstrates that some users may be engaged in a dangerous tradeoff – with increased sharing resulting in decreased personal security and privacy.”

Security researchers from IBM Security identified that 26 of the 41 dating apps they analyzed on the Android mobile platform had either medium or high severity vulnerabilities. The analysis was done based on apps available in the Google Play app store in October 2014.

The vulnerabilities discovered by IBM Security make it possible for a hacker to gather valuable personal information about a user. While some apps have privacy measures in place, IBM found many are vulnerable to attacks that could lead to the following scenarios:

· Dating App Used to Download Malware: Users let their guard down when they anticipate receiving interest from a potential date. That’s just the sort of moment that hackers thrive on. Some of the vulnerable apps could be reprogrammed by hackers to send an alert that asks users to click for an update or to retrieve a message that, in reality, is just a ploy to download malware onto their device.

· Remote Control of a Phone’s Camera or Microphone: All the vulnerabilities identified can allow a hacker to gain access to a phone’s camera or microphone even if the user is not logged into the app. This means an attacker can spy and eavesdrop on users or tap into confidential business meetings.

· Hijacking of Your Dating Profile: A hacker can change content and images on the dating profile, impersonate the user and communicate with other app users, or leak personal information externally to affect the reputation of a user’s identity. This poses a risk to other users, as well, since a hijacked account can be used by an attacker to trick other users into sharing personal and potentially compromising information.

For example, hackers could intercept cookies from the app via a Wi-Fi connection or rogue access point, and then tap into other device features such as the camera, GPS, and microphone that the app has permission to access. They also could create a fake login screen via the dating app to capture the user’s credentials, so when they try to log into a website, the information is also shared with the attacker.

While IBM discovered a number of vulnerabilities in over 60 percent of popular Android dating apps, both consumers and businesses can take steps to protect themselves against potential threats.

What Can Consumers Do?

· Be Mysterious: Don’t divulge too much personal information on these sites such as where you work, birthday or social media profiles until you’re comfortable with the person you are engaging with via the app.

· Permission Fitness: Figure out if you want to use an app by checking the permissions it asks for by viewing the settings on your mobile device. When updating, apps often automatically reset the permissions determining what phone features they have access to, like your address book or GPS data.

· Keep it Unique: Use unique passwords for every online account you have. If you use the same password for all your accounts it can leave you open to multiple attacks if one account is compromised.

· Punctual Patching: Always apply the latest patches and updates to your apps and your device when they become available. This will fix any identified bugs in your device and applications, resulting in a more secure experience.

· Trusted Connections: Use only trusted Wi-Fi connections when on your dating app. Hackers love using fake Wi-Fi access points that connect you directly to their device to execute these types of attacks. Many of the vulnerabilities found in this research can be exploited via Wi-Fi.

What Can Enterprises Do?

Businesses also need to be prepared to protect themselves from vulnerable dating apps active inside their infrastructure, especially for Bring Your Own Device (BYOD) scenarios. IBM found that nearly 50 percent of organizations sampled for this research have at least one of these popular dating apps installed on corporate-owned or personal mobile devices used for work. To protect confidential corporate assets, businesses should:

· Adopt the Right Protection: Leverage Enterprise Mobility Management (EMM) offerings with mobile threat management (MTM) capabilities to enable employees to utilize their own devices while still maintaining the security of the organization.

· Define Downloadable Apps: Allow employees to only download applications from authorized app stores such as Google Play, iTunes, and the corporate app store.

· Education is Key: Educate employees to know the dangers of downloading third party applications and what it means when they grant that app specific device permissions.

· Immediately Communicate Potential Threats: Set automated policies on smartphones and tablets, which take immediate action if a device is found compromised or malicious apps are discovered. This enables protection to corporate resources while the issue is remediated.

About This Research
IBM Security analysts from the IBM Application Security Research team used its new IBM AppScan Mobile Analyzer tool to analyze the top 41 dating apps available on Android devices to identify vulnerabilities that can leave users open to potential cyber-attacks and threats. These apps were also analyzed to determine the granted permissions, unveiling a large number of excessive privileges. To understand enterprise user adoption of these 41 dating apps, app data was analyzed from IBM MobileFirst Protect, formerly MaaS360. In advance of releasing this research to the public, IBM Security has disclosed all impacted app vendors identified with this research.