EMEA External Storage Market Buoyant in 2014Q4 Thanks to Emerging Markets, According to IDC

The external disk storage systems market in Europe, the Middle East, and Africa (EMEA) was up 1.3% year over year in terms of user value, according to the latest EMEA Quarterly Disk Storage Systems Tracker from International Data Corporation (IDC).

For the second consecutive quarter this has been driven by extraordinary growth in the emerging markets of the MEA region, which offset a flat trend in Western Europe and a negative performance in Central and Eastern Europe. It should be noted that strong currency swings have contributed to the weaker performance in U.S. dollars, and that the EMEA external storage market would be up 10% when measured in euros.

On the capacity side, $/GB decreased by only 12% year over year, with growing sales of flash slowing the fall. The total external capacity in EMEA grew annually by more than 15%, reaching 3.3 exabytes. Overall, 2014 was a reasonably positive year for the EMEA storage market, with 1.5% growth over 2013 — the fifth consecutive year of growth in the industry, although the trend has been flattening compared with the pre-crisis years before 2008.

Western Europe had a flat fourth-quarter performance, with growth in Germany, Italy, and Benelux not enough to counter the decline in other large markets such as the U.K., France, and the Nordics. Besides the unfavorable currency exchange rates mentioned earlier, the general political uncertainty in Greece and Russia and deflation fears in many advanced economies have impacted the markets in the quarter.

"On a brighter note, growth came mostly from flash-powered arrays taking over datacenters and from integrated systems that continue to garner strong interest, especially in light of a growing cloud market. Enterprise investments were again mostly directed toward midrange arrays, with high-end arrays negative for the third year in a row and seemingly trapped in an ever-declining trend," said Silvia Cosso, Western Europe storage analyst at IDC.

External storage market value grew 5% year on year to reach $677.1 million. The overall capacity in the region increased 35.1% to 807.9 petabytes. Results were influenced by conflicting trends in the two subregions, with sales falling by around 5% in CEE due to poor performance in the CIS region, and the Middle East and Africa (MEA) growing almost 16% due to renewed investments across all storage classes.
During the entire year, the Central and Eastern Europe, Middle East, and Africa (CEMA) storage market gradually improved to end up with growth in value of 3.3% YoY and capacity of 36.0% YoY. "Some of the positive results were due to the uptake of all-flash arrays in CEMA at the end of the year as they generated nearly ten times more revenue over the previous year and took 4% of total external storage market value," said Marina Kostova, storage systems analyst with IDC CEMA. 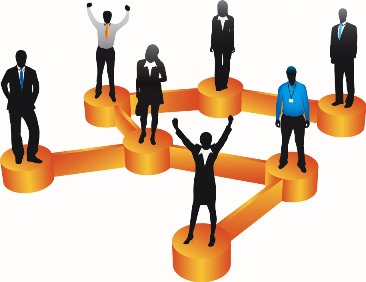 Apart from the politically and economically troubled Russia, Ukraine, and other CIS countries, most of the CEE region demonstrated healthy growth in storage spending, recording double-digit increases thanks to the seasonal end-of-year activity and the EU funds from the new program period allocated to member countries.

MEA countries showed a preference for entry-level and midrange solutions over high-end storage as falling oil prices undermined the oil and gas vertical. Investments in the finance, telco, and government sectors, however, helped boost high-end market share throughout the year. A new development in the region was the increasing maturity of the smaller African countries seen in the rise of cloud service providers and interest in new-architecture storage solutions in the midrange to build and expand datacenters.

Taxonomy Notes:
• IDC defines a disk storage system as a set of storage elements, including controllers, cables, and (in some instances) HBAs, associated with three or more disks. A system may be located outside or within a server cabinet and the average cost of the disk storage systems does not include infrastructure storage hardware (i.e., switches) and non-bundled storage software.
• The information in this quantitative study is based on a branded view of disk storage system sales. Revenue associated with the products to the end user is attributed to the seller (brand) of the product, not the manufacturer. OEM sales are not included in this study.
IDC’s EMEA Quarterly Disk Storage Systems Tracker is a quantitative tool for analyzing the EMEA disk storage market on a quarterly basis. The tracker includes quarterly shipments and revenues (both customer and factory), terabytes, and $/gigabyte, gigabyte/unit, and average selling values. Each criterion can be segmented by product category, installation base, OS, vendor, product brand, model name, and region.